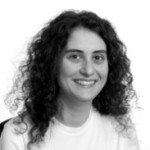 Katerina Alexiou is a Lecturer in Design at The Open University. Her background and professional experience is in architecture. Her academic research falls in the area of design theory and methods (including design cognition, collaborative design, learning, creativity, and social aspects of design). She has a special interest in complexity science and its use for understanding and supporting creative design.

Her recent activity is concerned with understanding and facilitating ‘design thinking’ both as an individual, cognitive activity but also as a social phenomenon related to the capacity of people and communities to work together creatively to achieve common goals. She is also interested in the use of methods and technologies for supporting architectural and design practice and education.

Megan Boler is Professor of media and education at the Ontario Institute for Studies in Education, University of Toronto. Her books include Feeling Power: Emotions and Education (Routledge 1999); Democratic Dialogue in Education (Peter Lang 2004); Digital Media and Democracy: Tactics in Hard Times (MIT Press, 2008); and DIY Citizenship: Critical Making and Social Media (eds. Ratto and Boler, MIT Press, 2014). Funded by Canadian Social Science and Humanities Research Council for the last ten years, her previous research “Rethinking Media Democracy and Citizenship” examined the motivations of producers of web-based challenges to traditional news. Her current funded research “Social Media in the Hands of Young Citizens” is a mixed-methods study of women participants’ experience in the Occupy Wall Street movement, including interviews with women in seven North American cities. Her web-based productions include the official study guide to the documentary The Corporation (dirs. Achbar and Abbott 2003), and the multimedia website Critical Media Literacy in Times of War.
More at: www.meganboler.net
Read Abstract: Rethinking the “Politics of Making Culture in Networked Mediascapes 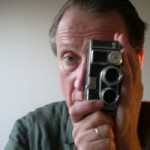 Jon Dovey is Professor of Screen Media at UWE Bristol. In considering technology and cultural form, most recently his has been working in Pervasive Media, Cultural Value and Creative Technology knowledge exchange. He is the Director of REACT, the AHRC Creative Economy Hub for Wales and the West. He is also a Co Investigator on the AHRC Connected Communities Creative Citizens Project where he leads a strand on the impact of informal creative economies on communities. 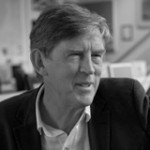 Ian Hargreaves is Professor of Digital Economy at Cardiff University. Most of his career was in journalism (Editor, the Independent; Director BBC News). In 2010 he reviewed creative industries policy for the Welsh Government. In 2011 he reviewed intellectual property issues for the UK Government. Most recently he worked with Nesta on delivering ‘A Manifesto for the Creative Economy’, published in April last year. 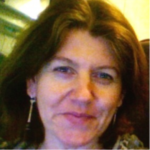 Ann Light is Professor of Design at Northumbria University. She works on design for social change and the politics of participation using creative methods across much of her research, from the participatory value chains developed as part of the ethical production project, Fair Tracing, to work with communities on ageing, growing food, sharing and social action. She publishes on social innovation, human-computer interaction and cross-cultural methodology. An important element of her work has been looking at design globally, with workshops on six continents considering the impact of present/future design choices. A fascination with digital mediation accompanies her broader research question into how people dwell together.

Joel McKim is Lecturer in Media and Cultural Studies in the Department of Film, Media and Cultural Studies at Birkbeck, University of London. His research and writing addresses issues of political communication in the urban environment and the intersection of media technology and architectural design. His essays on these topics have appeared in such journals as Space & Culture, Theory, Culture & Society, borderlands, and PUBLIC, and in the collected volumes The Missed Encounter Between Radical Philosophy and Architecture and Informal Architectures: Space and Contemporary Culture. 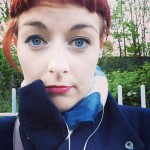 Hannah Nicklin is a post-doc researcher, producer and practising theatre maker working in the areas of game design, agency in the digital age, interactive theatre, and art-and-play-as-activism. After completing a PhD in the political power of first person theatre at Loughborough University, Hannah joined Hide&Seek – a game design studio – as a research associate whilst also working freelance as a theatre maker, game designer and producer. She is still involved in academia, and talks and teaches in industry and academic settings on digital technology, activism, and DIY/Punk theatre. 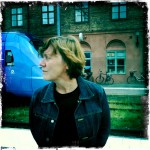 Mandy Rose is Associate Professor and Director of the University of the West of England’s Digital Cultures Research Centre. Her practice based research ooks at the intersection between documentary and networked culture. She is a Contributing Editor to i-Docs and co-convenor of the 2014 i-Docs Symposium. Mandy’s recent writing appears in The Journal of Documentary Studies (Intellect Books 1013), The Documentary Film Book (Palgrave 2013) and DIY Citizenship; Critical Making and Social Media (MIT Press 2014.) 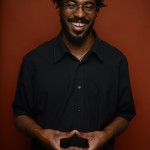 Shawn Sobers is a Senior Lecturer in Photography and Media at the University of the West of England. He is a filmmaker, writer, photographer and facilitator of community media and arts. His PhD explored the motivations, impacts and cultural sustainability of stakeholders’ involvement in community media education, using ethnographic methodologies.

Read abstract: The bold agency of making something out of nothing 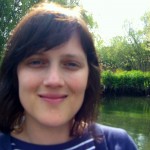 Amy Spencer is a writer based in Bristol. She holds a PhD from the Centre for Cultural Studies at Goldsmiths, where her research focused on collaboration in digital literature. She is the author of DIY: The Rise of Lo-Fi Culture (2005, 2008) and The Crafter Culture Handbook (2007).